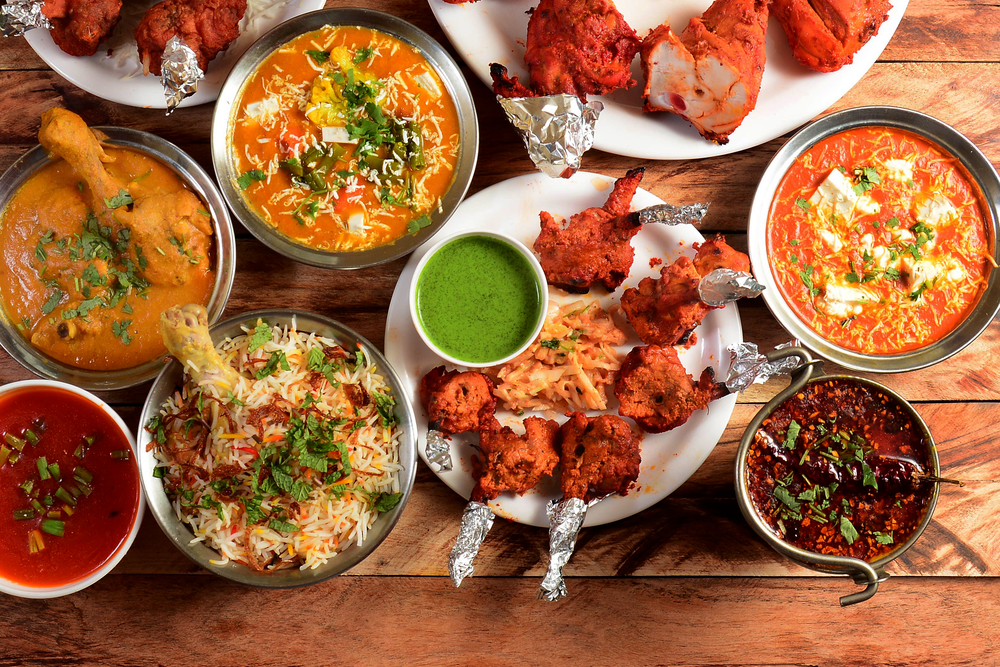 Pakistan is a Muslim country in south Asia. It is known for its diversity of culture and flavors. It has an overwhelming variety of dishes. You can enjoy every season’s spice here. You can never skip even missing a single Pakistani dish. So here is a list of the top 10 Pakistani dishes which worth trying once in your lifetime

Halwa Puri is a traditional Pakistani breakfast that features semolina pudding or halwa and a soft fried dough called puri. Halwa is typically a mixture of fried semolina and sugar syrup which is best combined with nuts. The sweet dish is flavored with aromatics like green cardamom pods, Cara essence, and cloves. And it’s usually enhanced with yellow or orange food coloring for a more vibrant look. Puri is a soft and fluffy fried bread consisting of dough made with flour, water, salt, and oil.

It is a delicious juicy Pakistan kebab variety made with a combination of minced meat, onions, chilies, garlic, ginger, coriander, lemon juice, yogurt, and garam masala. The spices used in the dish can also be modified according to personal preferences. The meat mixture is placed on skewers and the kebabs are then grilled over hot coals giving them a nice smoky aroma in the process. Although, they can also be prepared in a tandoori. The seekh kebabs are typically served hot with salad, fried onions, mint chutney, and flatbreads on the side.

Nihari is a popular meat-based dish consisting of slowly cooked meat such as beef, shanks, mutton, or chicken. The meat is cooked together with stock and numerous spices such as cumin, cloves, garam masala, and cardamon in big vessels which are sealed with dough. It takes anywhere from 6 to 8 hours for Nahari to be cooked properly and it is traditionally consumed for breakfast. The name of the dish is derived from the Arabic word ‘Nihar’ meaning ‘Morning’.

The bright yellow zarda is a sweet and fragrant Pakistani rice dish that consists of basmati rice cooked with milk and sugar. The rice is cooked alongside natural food colorings which gives the dish its yellow color. And the blend of traditional spices most commonly cardamom, cinnamon, and saffron often includes raisins and chopped roasted nuts. Arda is considered a rich and festive dish usually served on special occasions but it is also making a perfect everyday dessert enjoyed over a cup of refreshing tea

It is a popular Pakistanidish originating from Balochistan. It consisted of marinated, skewered, and roasted lamb or chicken. The meat is typically marinated in salt. Although, it can be combined with green papaya paste or stuffed with potatoes and rice. Traditionally whole chickens are roasted over an open fire so that the burning wood imparts a smoky flavor to the meat. When properly prepared the meat should be crisp on the outside yet juicy on the inside. And Consumers often squeeze lemon juice over the meat just before eating.

Golden brown, flaky and layered Partha is a type of bread that is typically consumed for breakfast. It consists of whole wheat flour that is baked in ghee or clarified butter. It comes in round, square, triangle, or hexagonal shapes. They are often stuffed with ingredients such as boiled potatoes, cauliflower, garlic, ginger, chili, paneer, or radish. They can also be accompanied by pickles, yogurt, homemade chutneys, or meat and vegetable curries.

Chapli kababs are a specialty of pakhtun cuisine. This spicy patty is prepared with a combination of minced beef or mutton. The unique taste of chapli kabab comes from spices such as dry coriander and pomegranate seeds, green chilies, and mint. They are loved in Pakistan, Afghanistan, and India. They are usually served with sauce, salad, and naan bread.

Biryani is one of the most favorites and loved Pakistani dishes. This is a rice dish generally seasoned with a variety of spices. And usually served as a main dish. It is widely cooked in different varieties served at parties and made on holidaYS. Hyderabad biryani, Sindhi biryani, and Karachi biryani are often considered to be the most famous varieties.

Chicken karahi is a poultry dish that is very popular in Pakistan. the word karahi in its name is a thick and deep cooking pot similar to a wok in which a dish is prepared. Apart from the chicken, the dish is also made with red chili powder, cumin, garam masala, ginger, all-spice cardamom, tomatoes, and garlic. When prepared with mutton the dish is known as gosht karahi. It is traditionally served with rice, roti, or naan

The list doesn’t finish here. Pakistan shares a vast variety of delicious cuisines. Hence, even not attracted by its name, the food will force you to visit the country once.

How to Have A Healthy Summer: What To Do and Avoid

What Are The Benefits Of A Healthy Diet