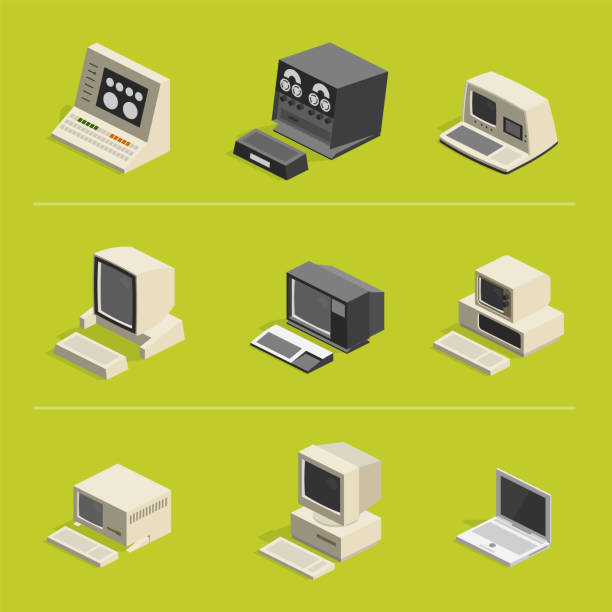 The word computer was first introduced in 1613. And surprisingly, it was not used for the machine we call a computer in modern days. But it was used for the people who did calculations in the 17th century. These people were mainly mathematicians and big shopkeepers, and this word meant the same from the 17th to the 19th century. But in the 19th century, the industrial revolution began, and people started using machines to do all these calculations. So the word shifted from humans to machines.

The First Automatic Computer Machine Concept by the Father of Computers

In 1882, Charles Babbage, the father of computers, presented the concept of the first computer. He named it the Difference Engine. It could perform different calculations and provide the results in the form of hard copies. The first computer programmer, Ada Lovelace, also helped him in this revolutionary work. Babbage also worked on another automatic computing machine concept, and he named it Difference Engine 2. It was the advanced version of his previous Difference Engine. However, Babbage was unable to construct these physically due to a lack of funds.

However, the Science Museum of London brought Babbage’s Difference Engine 2 to life in 1991. It was made on his birthday as a tribute to his phenomenal work.

Concept of the First Modern Computer

The first modern computer project was named the Turing Machine. It was presented by the engineer Alan Turing in 1936. Alan Turing played the most significant role in developing modern computers. It was used to print the symbol on paper tape. It was like a person following different logical instructions.

The first digital computer was the Atanasoff-Berry Computer. It was also known as ABC and was created by a professor, John Atanasoff, and a student, Cliff Berry. It was created between 1937 and 1942. They both worked tirelessly at Iowa State College. The computer worked on electricity and used around 300 vacuum tubes. It was based on digital computing concepts like binary math and Boolean Logic. However, the computer was not programmable and did not have a Central Processing Unit.

In 1973, a federal judge named Atanasoff-Berry Computer the only valid digital computer at that time. Its competitor, ENIAC, was proved invalid by the court.

ENIAC stands for Electronic Numerical Integrator and Computer. It was also claimed to be the first digital computer. It used the concept of the Turing Computer and performed extensive numerical problems. It took almost three years for Presper Eckert and John Mauchly to develop this computer. It consisted of 18000 vacuum tubes. ENIAC’s size was enormous. It occupied an area of 167 square meters and had a mass of 50000 kilograms. But it was fully functional and used to solve many problems.

The first laptop computer was introduced to the world in 1975. This portable computer was an IBM 5100. It had a mass of 25 kilograms and a tiny screen of five inches. The developer used a 1900000 Hertz processor with 64000 bits of RAM and a tape-drive.

Another earlier laptop was Osborne I. It was created by a developer Adam Osborne in 1981. Its mass was less than half of IBM 5100, 11 kilograms. It had the same screen size and RAM. However, it used two floppy drives and a 2.2 CPM operating system.

When was the First Computer of Every Computer Invented?